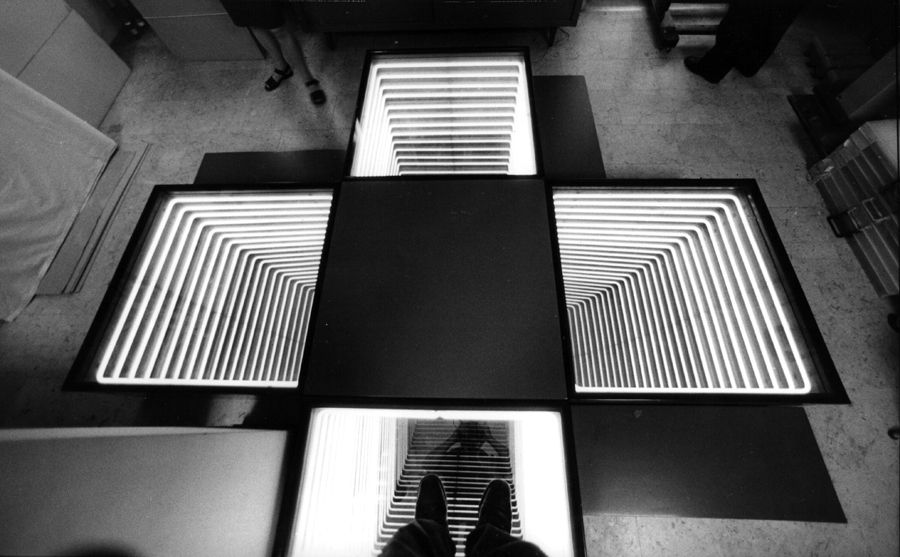 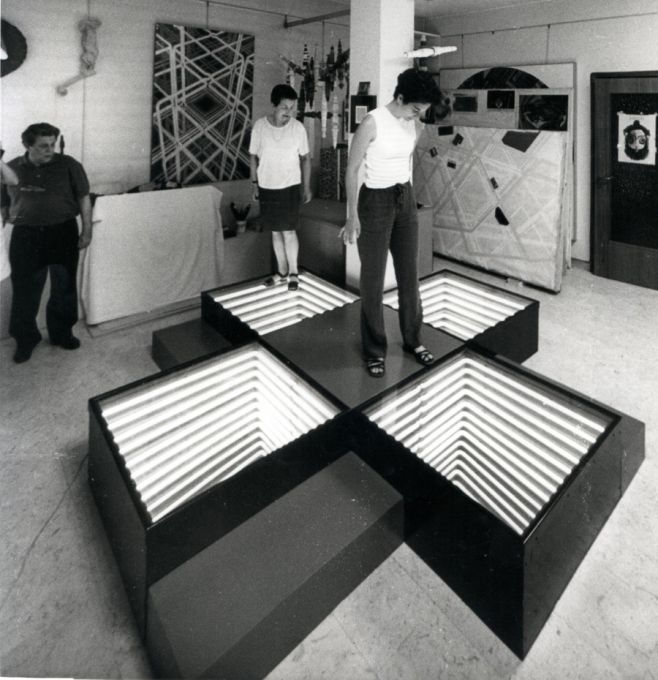 […] The Ludoscope with semi-embedded links-Connected paths, that Scirpa recently presented at the Quadriennale, is the latest and most complete example of his method of devising his “;art of vision.”; A series of paths in a cruciform-shape place the spectator at the heart of the work, but nonetheless in an environmental setting that is no longer that of ordinary experience, though at the same time it does not require any overall physical modification of canons of perception. Walking over/in the work, spectators are conscious of how their basic bodily conditions, such as a vertical position, and the relationship between their verticality and the horizontal dimension of the support, are modified and perhaps even threatened by looking into these abyssal perspective views. They retreat to infinity, in an illusion of the four light-emitting machines which in actual fact remove all the spectator’s static and topical certainties. But at the same time, the spectator realizes that this is a fictitious situation – doubly fictitious and doubly illusory – and so tends to experience this alienating bodily and visual experience as an emotionally controllable portion of experience, and hence as a game.[…]