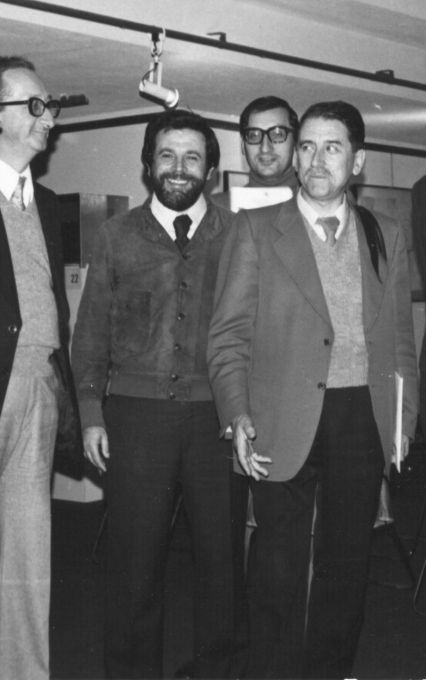 […] In this way, Scirpa constructs his tunnels of light, lost in infinity, in the darkness, where the finite, enclosed chamber of the eye is no longer capable of perceiving the last infinitesimal reverberations of the pyramidal apex of the image, whose intensity diminishes according to the square of distance as a result of their real and at once imaginary multiplication. […] Surely, Scirpa's reflecting boxes are simply an Object in which the boundary between reality and illusion is abolished? An Object in which the Dürrenmatt abyss is perpetually and unremittingly opened, a bottomless pit […]? Is the same thing is true, once again, for the light-circles, light-rectangles and light-circles: are these “;micro-objects”; as well? Of course, in this case the micro-object is close to becoming the “;Object,”; making contact with its edges and perhaps identifying with it. […] Is it the light that defines darkness, or darkness that defines light? Is the abyss a subtraction from full light, or is it a solid substance – light that eliminates an area of darkness – within darkness that defines it, surrounds it and causes its existence? Perhaps, the Great Object defines its identity with the Great Light, becoming the Great Ambiguity. Like the Non-Existence of Being, or the Being of Non-Existence […]