[…] In the Annunciation by Antonello da Messina at the Museum of Palazzo Bellomo, Syracuse, […] Scirpa adds his motifs to the “backdrop” consisting of the empty spaces created by the restorer using neutral colours (which flattens the overall image, negating its effect of depth). These motifs constitute two perceptional points of focus, which penetrate the painting and inevitably capture the spectator’s attention, at the moment at which an electronic process creates a blurred image which alters the significance of the painting and produces a two-dimensional effect […]. In other words, using electronics to shift the point of visual focus generates a new spatial arrangement, in which the new “openings” created by Scirpa’s additions, his famous spiral motifs, enhance the painting’s potential […].
Cesare Chirici, Milan, 1995 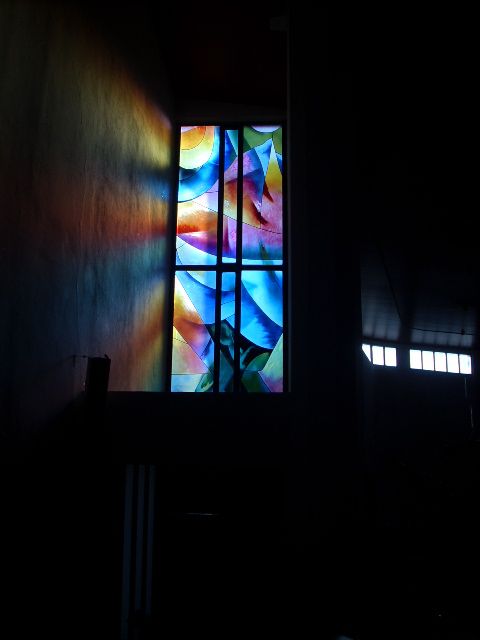 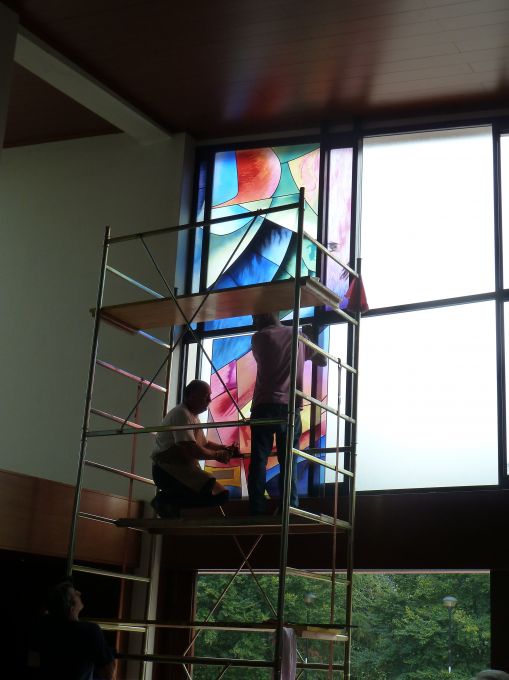 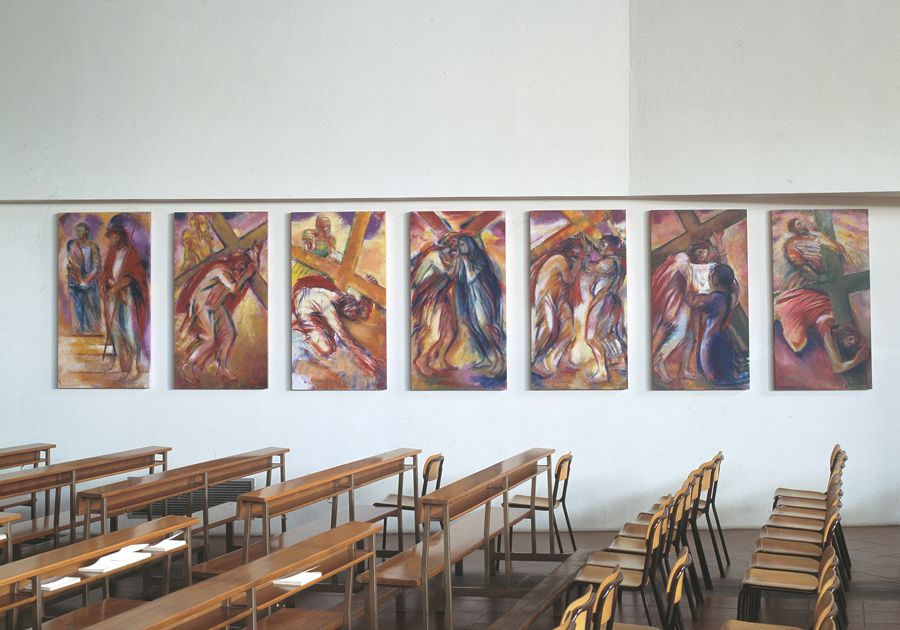 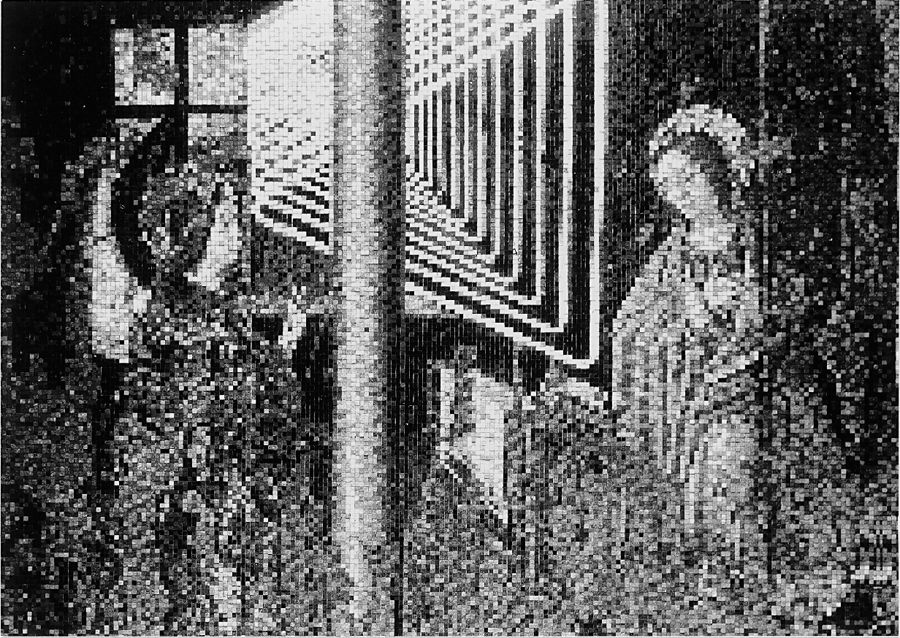 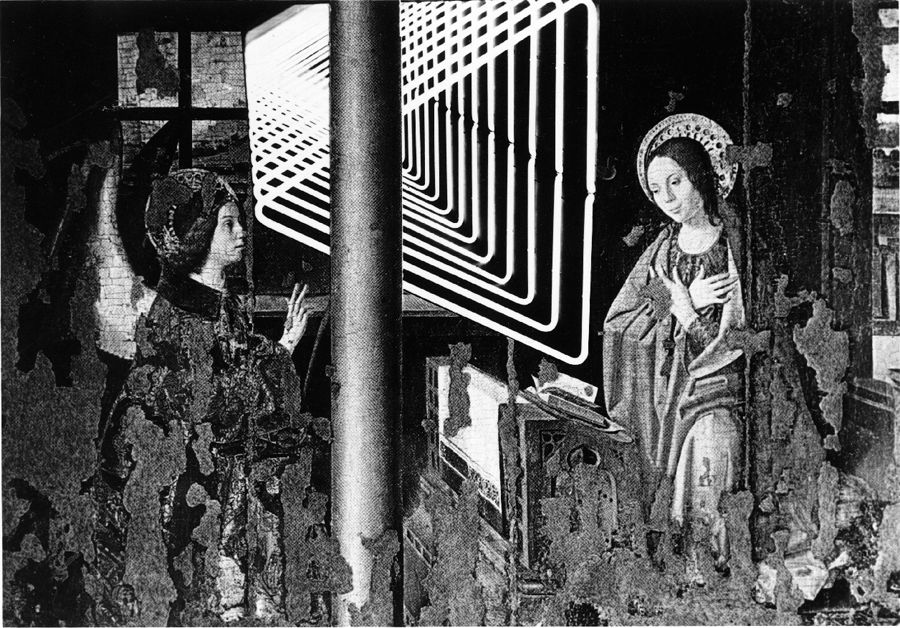 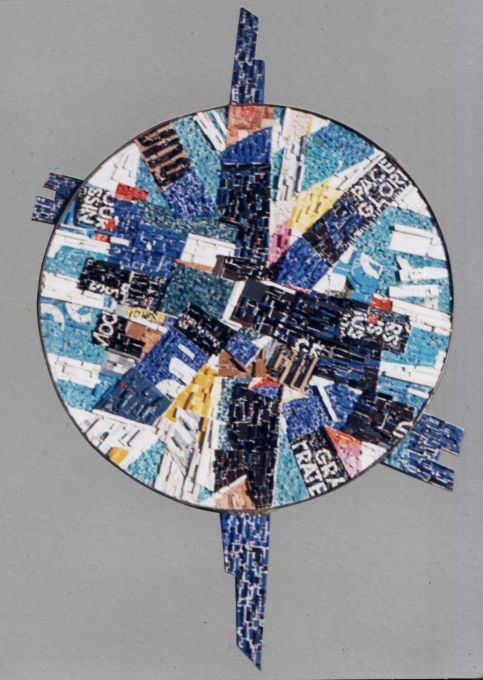 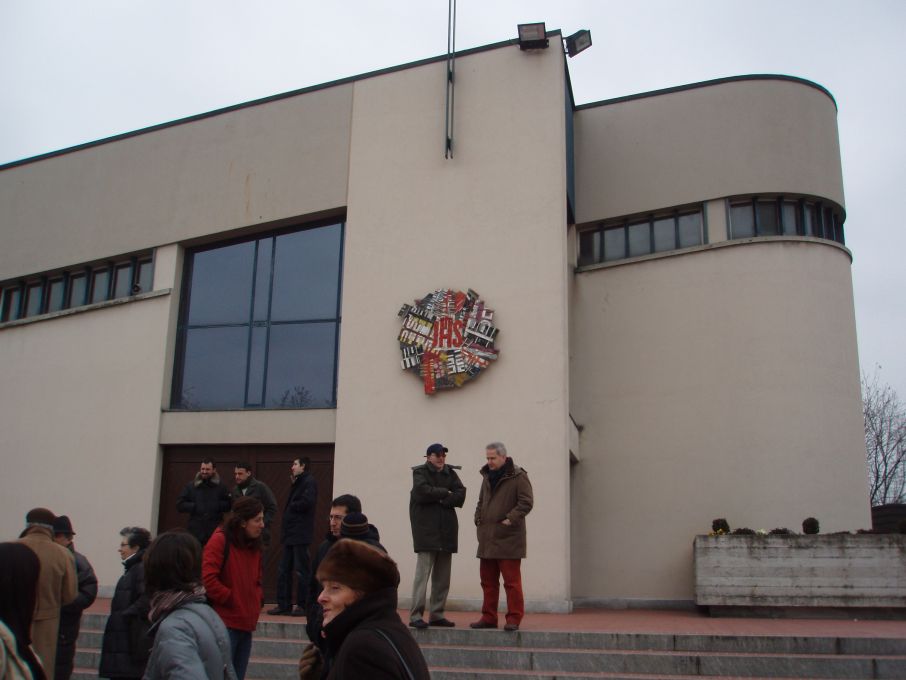 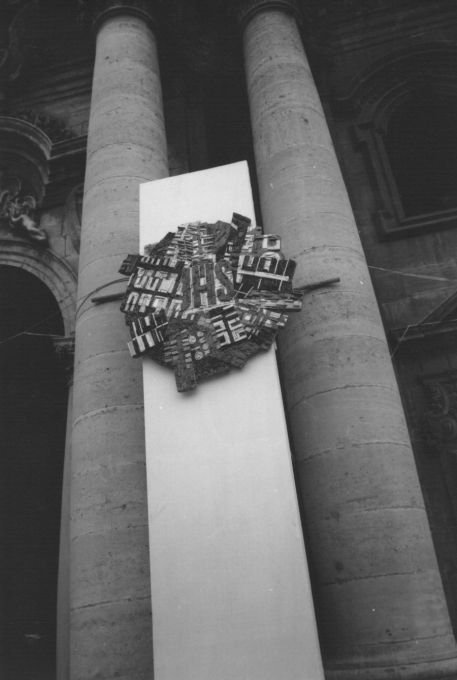 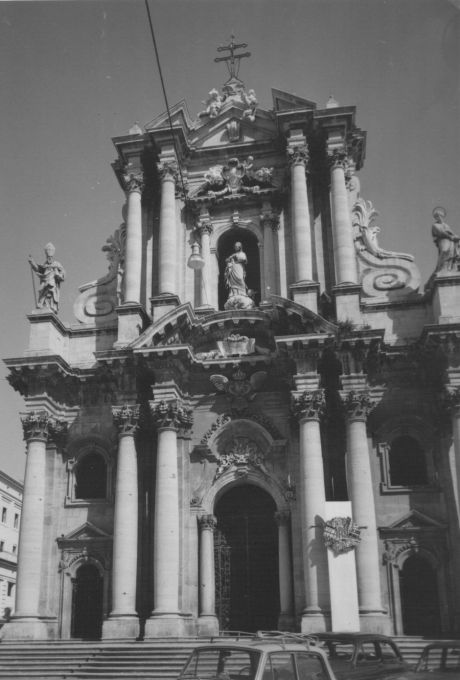 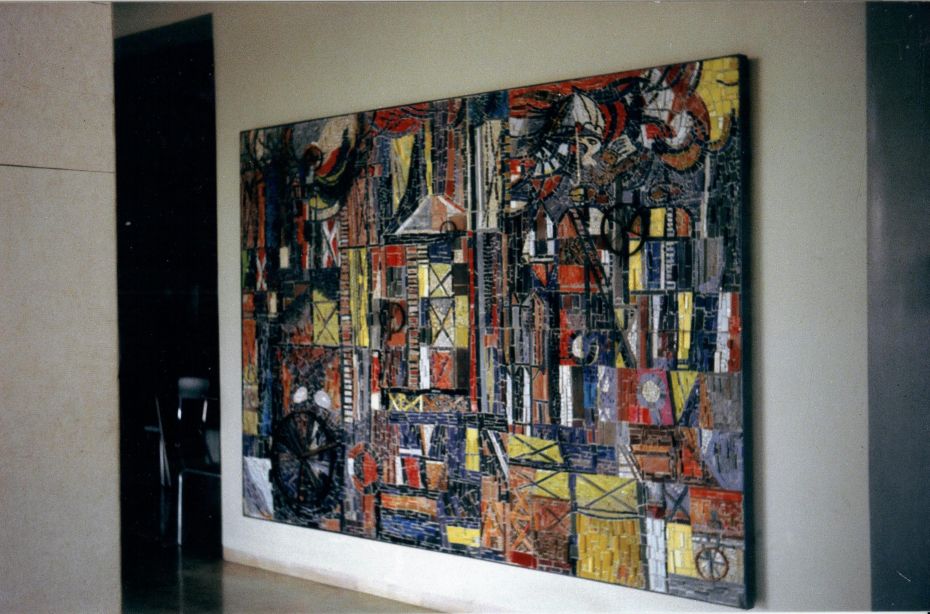 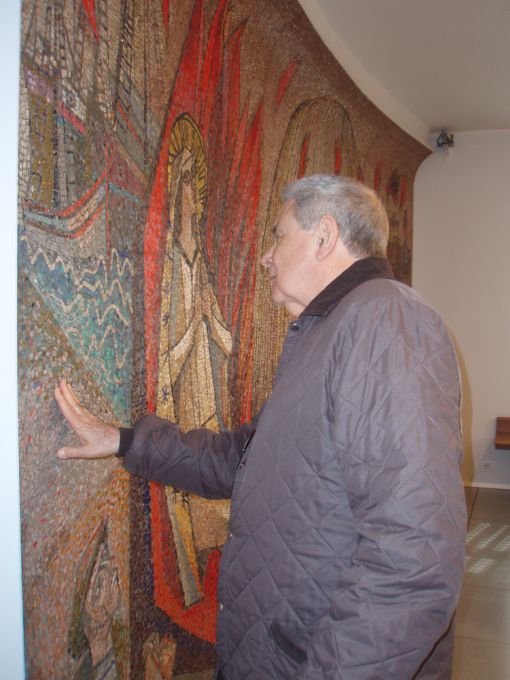 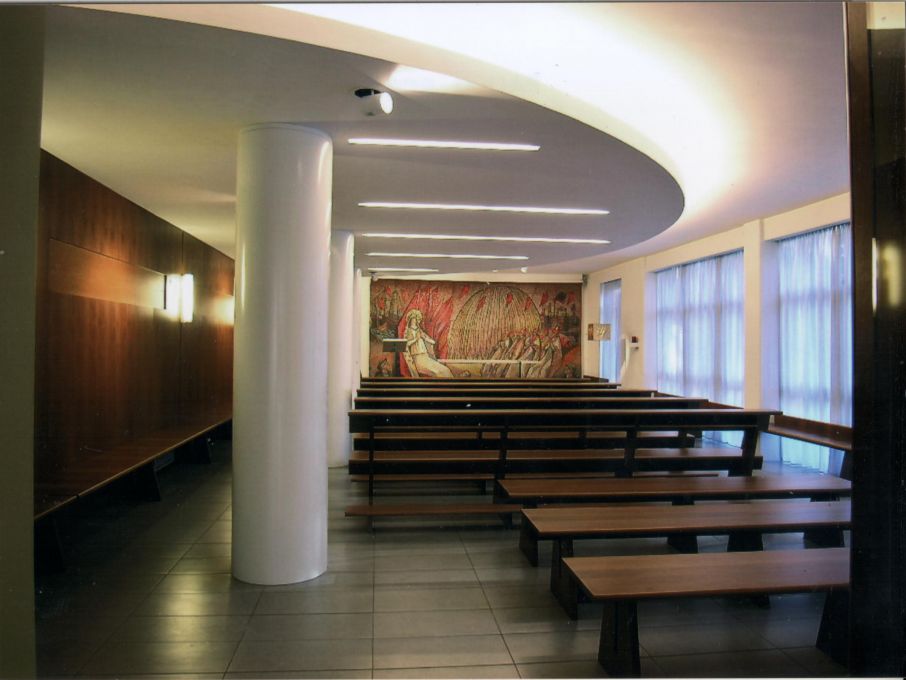 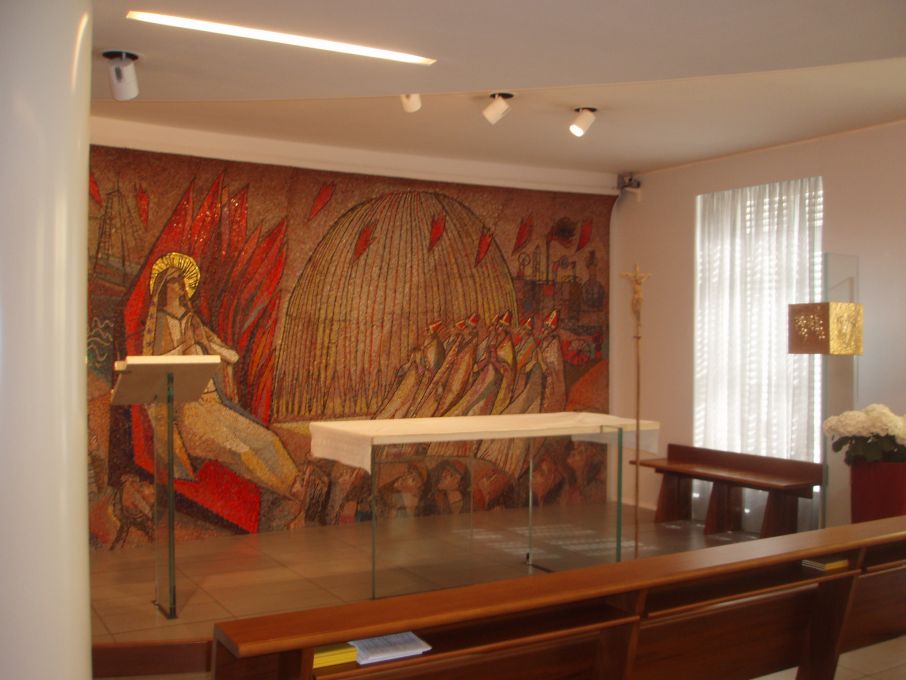 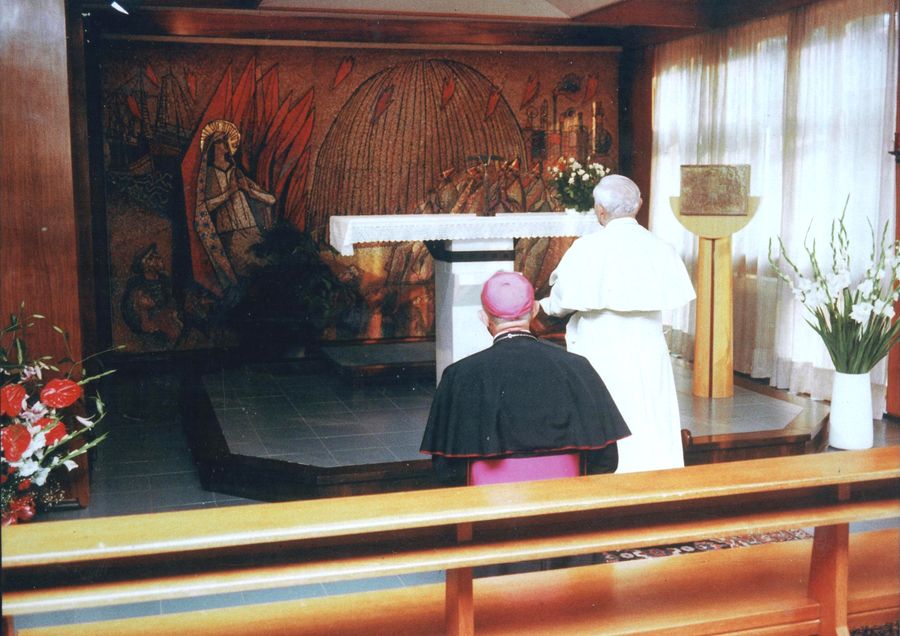 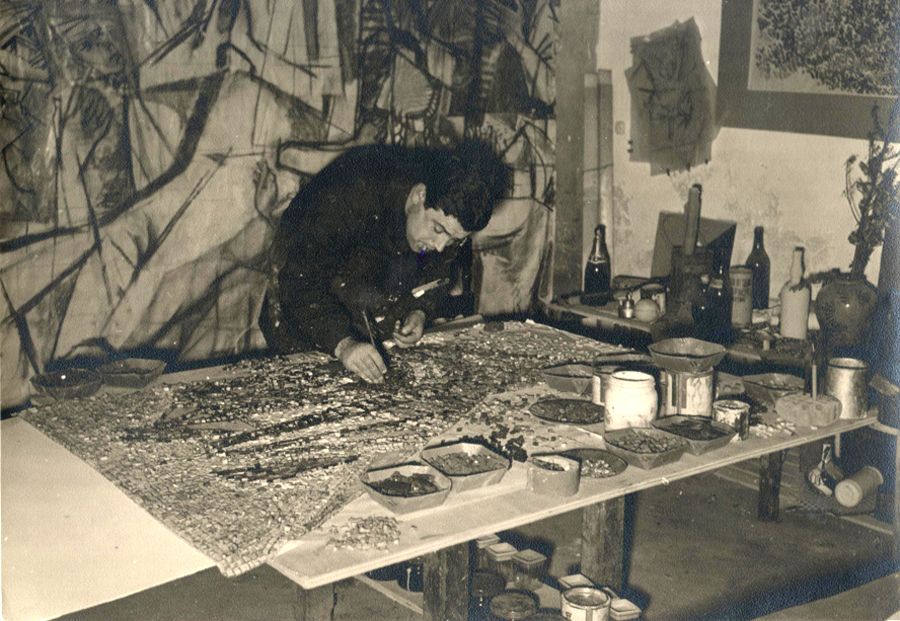 Paolo Scirpa at work on a mosaic in his studio in Syracuse, 1964 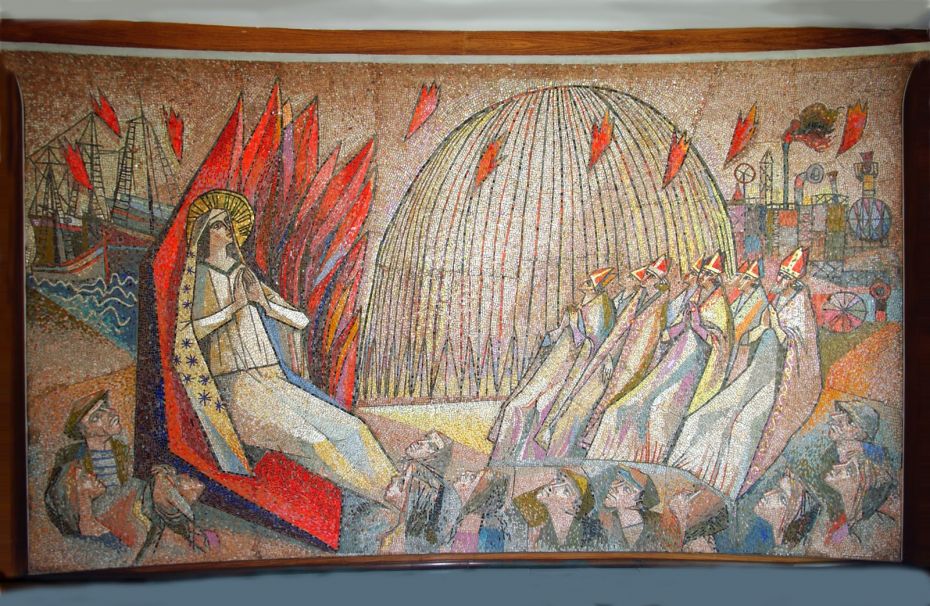 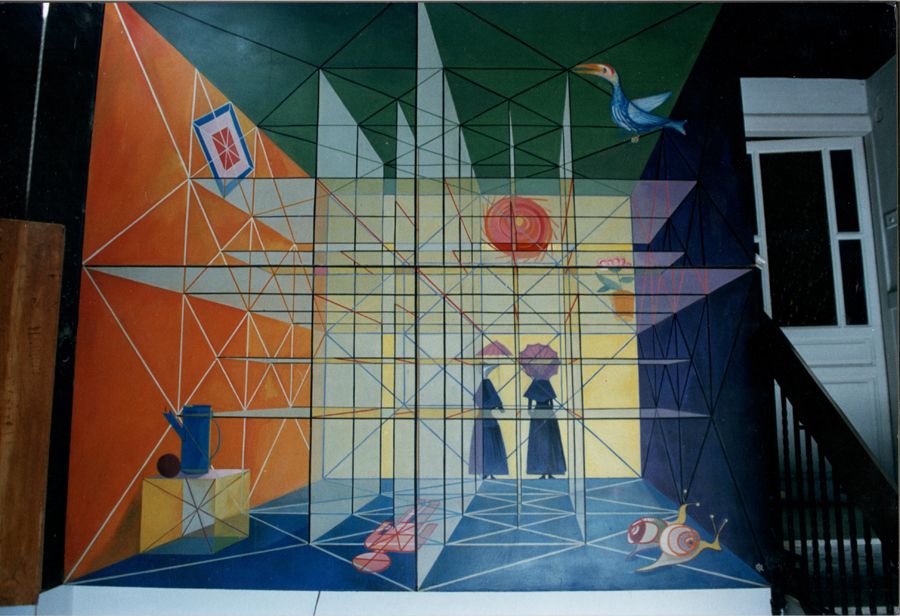 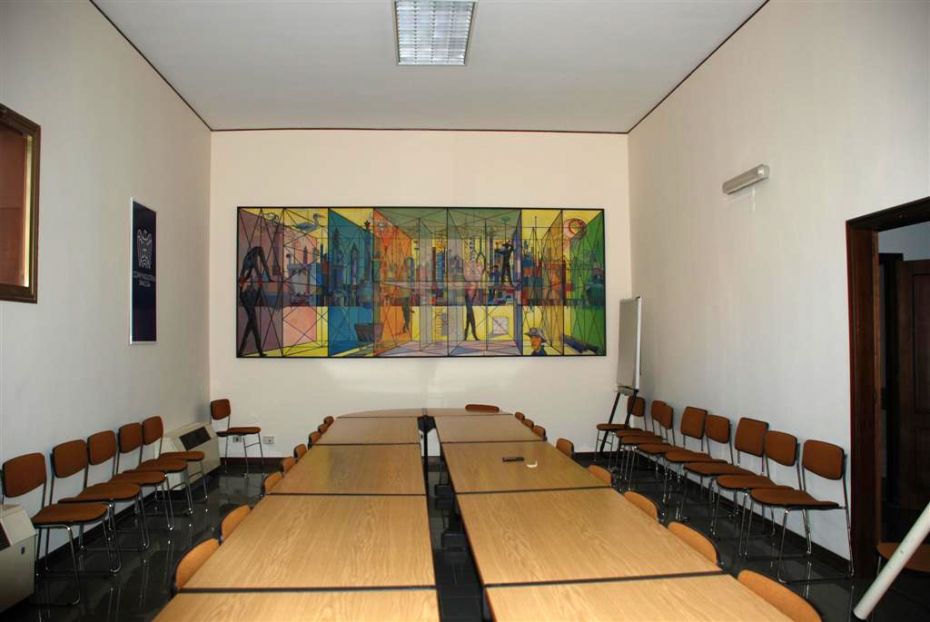 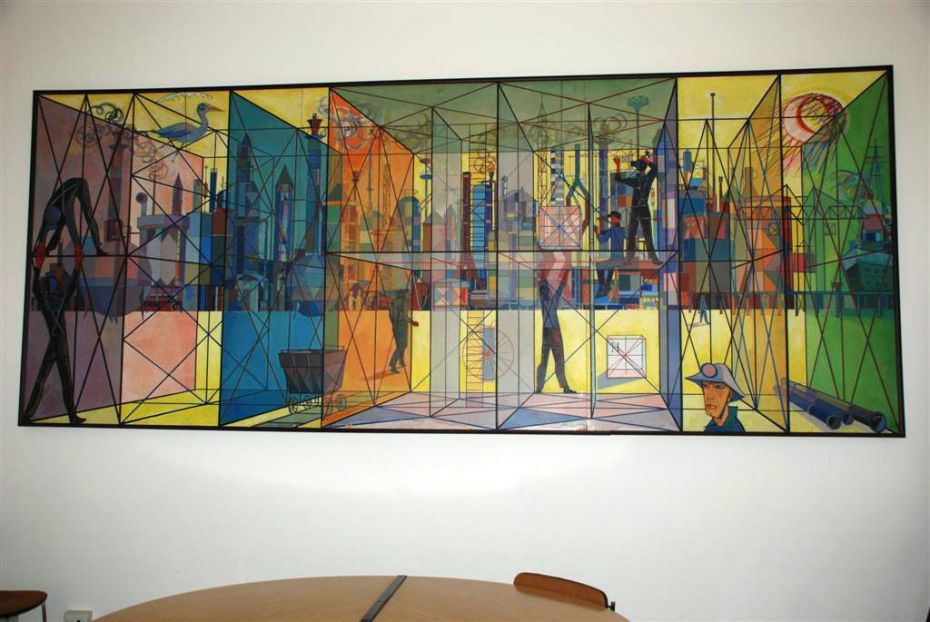