The Sharper Perception. Dynamic Art, Optical art and beyond 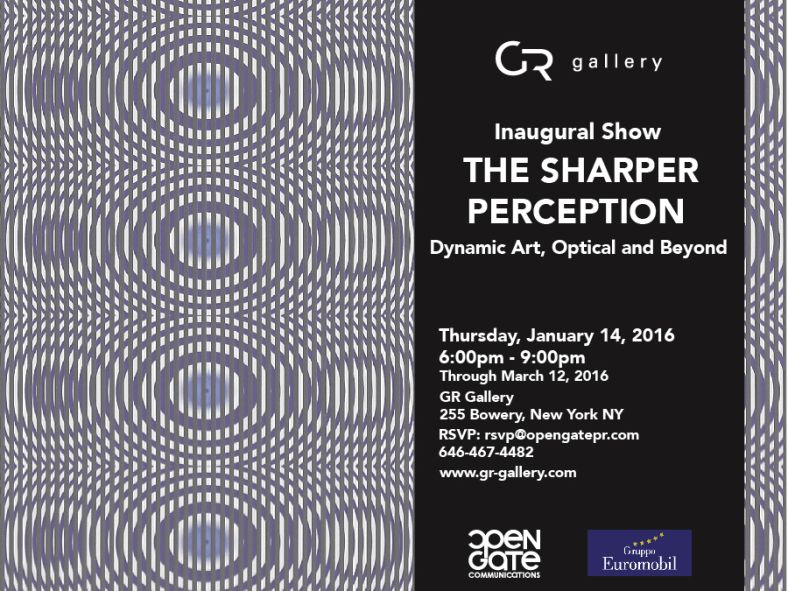 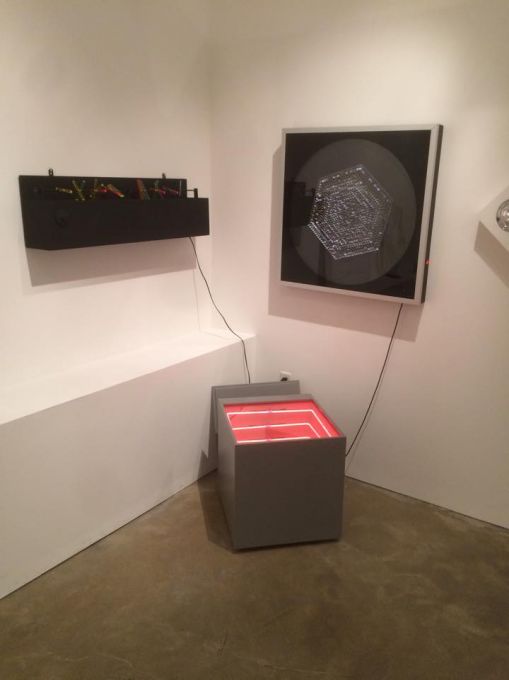 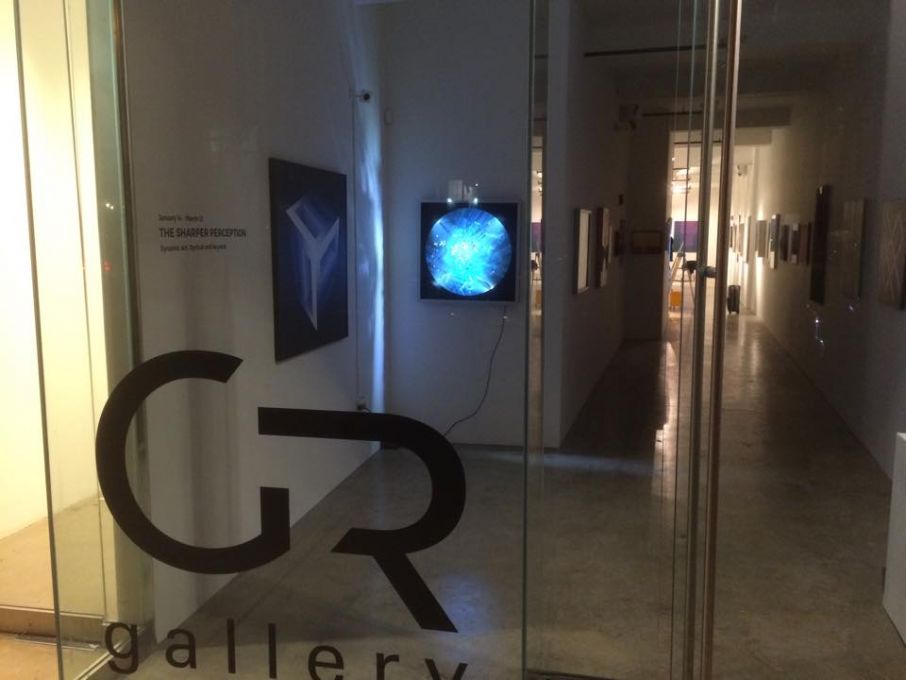 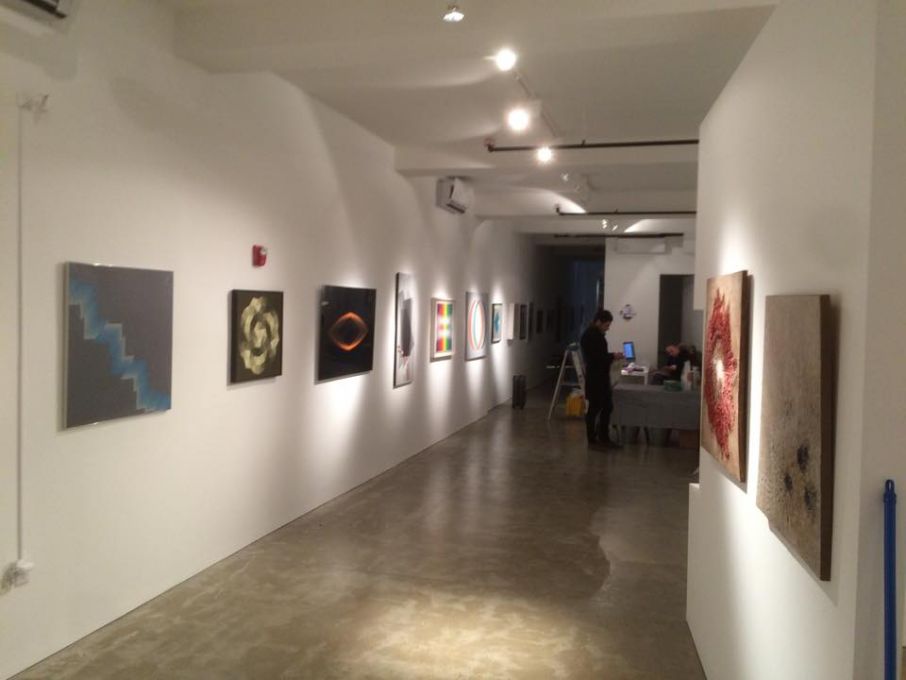 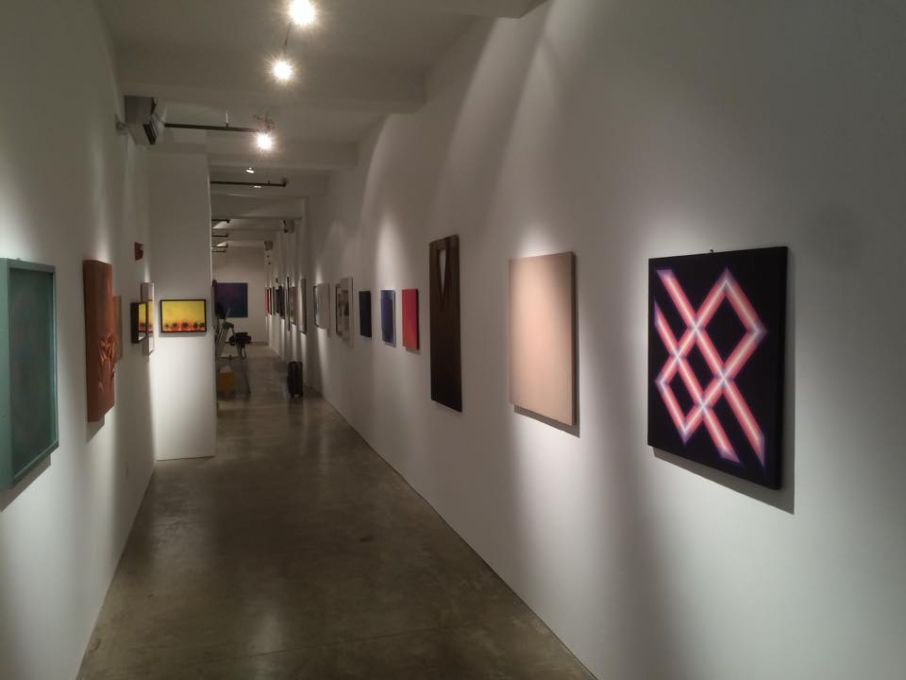 NEW YORK, NY (December 4, 2015) – On Thursday, January 14th, 2016 , GR Gallery will inaugurate its New York headquarter with the exhibition “The Sharper Perception, Kinetic Art, Optical and Beyond”, by curator and founder Giovanni Granzotto. The exhibition will run from January 14, 2015 through March 12, 2016.
The opening reception will begin at 6:00 p.m. at GR Gallery, located at 255 Bowery, New York, NY 10002.
In the new space, which covers over 1,600 square feet, on the ground floor of 255 Bowery, will be displayed 40 artworks of various artists, reflecting the most unusual and dynamic techniques.
The exhibition focuses on the themes of perception and movement, as well as the Optical, dynamic and three-dimensional structuring of the artwork; all features that have strongly influenced contemporary art from the sixties until today. About 20 artists will be the protagonists of this event, which, starting from the masters,Munari, Vasarely and Schoffer, plus some of the masters of the most important Optical currents such as Biasi, Cruz-Diez, Le Parc and Morellet, those who have circled around the Azimuth project, such as Bonalumi, Scirpa, Simeti and Piene. Finally, featuring younger artists such as Marcello De Angelis, Gabriele Grossi and Marco Casentini.
On the occasion of this inaugural event, a representative catalog will be available. In addition to documenting the exhibition through the exposed images, it will present the program of activities at this new gallery, and will be accompanied by the text of the critic-founder Giovanni Granzotto and the director Alberto Pasini. The catalog is produced by the italian publishing house De Bastian Editore. It will also provide an opportunity to introduce the new staff, coordinated by Eva Zanardi, manager and head of communications. A cocktail reception will follow the presentation of the exhibition. The inaugural event and PR activities will be organized by Open Gate Communications. The exhibition is made possible thanks to the contribution of the historic sponsor, Euromobil Group.